Characteristics of a healthy team

A group or a team?

Team building is an activity that involves helping a group become a team.

A group is a group made up of a small number of people (from 2 to 20) who have something in common. This makes them interact and makes them more or less interdependent in order to satisfy the individual needs of each. For example, participants in a training session exchange reflections, discussions and share experiences to improve their personal skills: they form a group. Spectators in a movie theater are not a group because they are neither interdependent nor interacting. Members of the sales force of a department of the company who work together to achieve the expected individual performance level constitute a group.

A team is made up of a small number of people with complementary skills and who are committed to the achievement of a common goal for which they are collectively responsible.

What distinguishes a team from a group is that each team member is involved in achieving common goals, through common processes, and not just engaged in pursuing his personal needs. Only the teams are able to create synergy (coordinated action of several elements producing a result superior to the addition of the results of each of the elements).

It is in teams, not in groups, that we succeed in climbing Mount Everest, that we fight a fire, that we create innovations.

By our cultural heritage centered on the individual, when people are led to work together, they first form a group (formation process of a group: FORM). Some groups can be transformed into teams with some voluntary “adjustments” to individual needs (transformation process: STORM). Care should also be taken to manage differences and how individual performance is valued (standardization process: NORM).

Imagine that a member of the project does not reach its objectives and that this leads to the loss of the bonus for each member of this project. We can speak of a team if its members come to support the “failing” member, recognizing that they all have a share of responsibility in this spell and that they are mutually responsible for both successes and failures. On the other hand, if the project leader comes to blame this member for having made a mistake, then we are in the presence of a group where “everyone for himself” has already settled.

How to recognize a healthy team? Some clues: 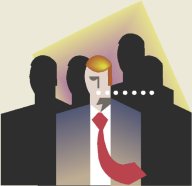 Extract from the book manager of elite Gestalt guide to leadership in organizations of the 21st century .

This site uses Akismet to reduce spam. Learn how your comment data is processed.